Sciences/ Scientists Redefine the Centuries-Old Definition of a Kilogram

In 1791, several prominent scholars from the French Academy of Sciences began working to create a universal system of measurement. They wanted it to be accessible to everyone on the planet, so they decided it would be based on nature. The meter was defined as a specific fraction of Earth’s circumference, and other units were derived from it. For instance, the kilogram was defined as the weight of a liter — one cubic decimeter — of water.

Because these measurements were difficult to replicate reliably, the scholars ended up crafting physical objects out of platinum to use as the official standards, which defined the values. These were stashed in a vault in Paris. Scientists have been striving ever since to ditch these artifacts, which are subject to wear-and-tear, and live up to the 1791 ideals by specifying metric units in terms of natural constants. 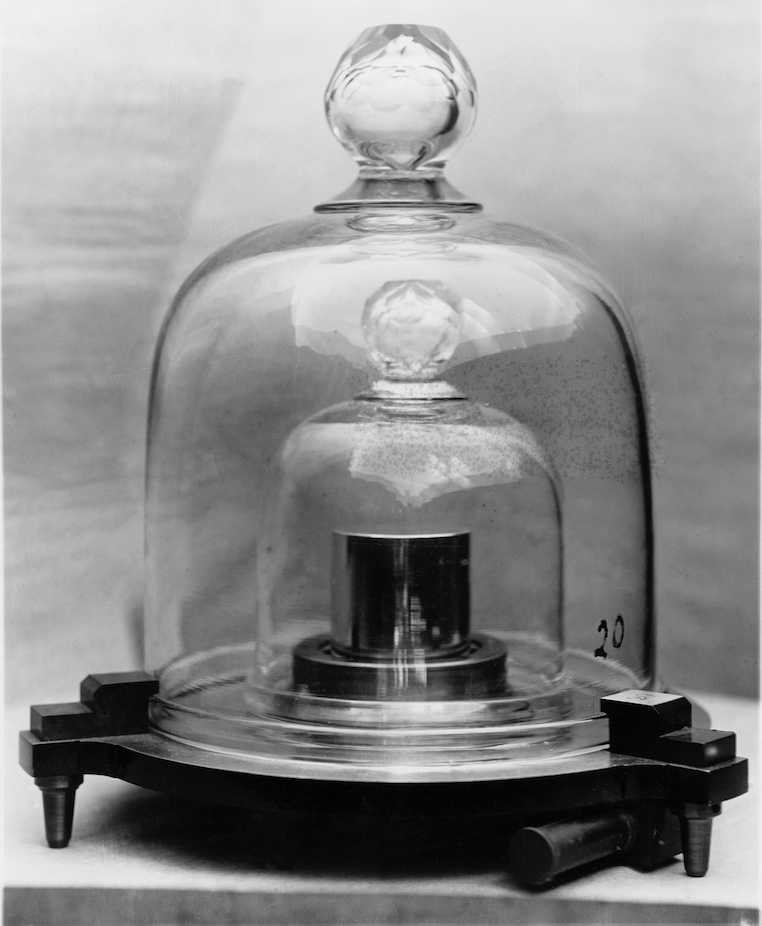 The new standard replaces its platinum-based predecessor in use for centuries. (Credit: Omikron)

Redefining the meter was relatively easy. In 1983, it was tied to the speed of light (as the distance traveled by a laser beam in a given fraction of a second). But the kilogram stubbornly remained a lump of metal — until recently, when representatives from many of the world’s governments voted unanimously to redefine it in terms of an unchanging physical value, based on the energy of a photon, called Planck’s constant.

The resolution went into effect on May 20, and also grounded several other metric units in nature.

“It’s a landmark in science and human endeavor,” says Terry Quinn, director emeritus of the International Bureau of Weights and Measures, a key figure in the effort. Quinn believes the 18th-century scientists would be proud, even though Planck’s constant wasn’t quite in their lexicon yet. After 228 years, the whole International System of Units is finally free of physical constraints.